Arte em Cores has 50 artists selected in Pará and Maranhão

Pará, October 23, 2020 – Developed to promote urban art in municipalities in Pará and Maranhão, “Arte em Cores” has already selected the 50 artists who will go to the next phase of the project. There are 25 artists from municipalities in Pará and 25 from cities in Maranhão. At this stage of the project, online workshops will be offered in order to expand the technique of these professionals.

In all, 110 works were registered in the 15 cities served by the public notice. The project will also distribute R $ 75 thousand in prizes to artists with experience in painting, drawing, urban art, graffiti, comics, illustration, manga and collages, among others. Art in Colors is made possible by the Federal Law of Incentive to Culture and sponsored by Vale.

The list with the names of all 50 selected artists is also available: linktr.ee/arteemcoresmove.

For the artist, Eder Alves de Sousa, from the municipality of São Pedro da Água Branca, in Maranhão, the feeling is one of gratitude for being chosen and for being able to further develop the skills of one of his passions: painting. “We arrived at this life as a blank canvas. Our decisions color this screen, as well as situations around us. I see this project, even more in a city as small as mine, as another important brushstroke in this picture of life “, he thanks.

For José Ferreira, selected in the municipality of Bom Jesus do Tocantins, the Arte em Cores project is valuing the local artist. “I believe this is the first project aimed at artists in the region. I think this step that Vale is taking towards regional art, towards regional culture and the artists of our land is very important. “

The positive result in the number of applications was also due to the wide dissemination of the call for applications, reaching more than 154 thousand people from the participating municipalities. “The engagement of the communities at this stage reveals that we will have a regular audience following the development of the artists’ works and future activities. This adhesion, in times of pandemic, is very significant “, celebrates the project coordinator, Gilberto Scarpa, from Vivas Cultura e Esporte.

The 50 artists selected by a specialized jury will have the opportunity to participate in an online workshop on aesthetic, technical and urban art references. Simultaneously, the project organization sent a kit for the production of works to the artists’ homes in the 15 municipalities of Pará and Maranhão, with sprays and paint cans, brushes, pigments, a 0.9m x 1.85m MDF panel and other work and protection equipment.

The artists had 15 days to prepare the panels. The Arte em Cores team provided remote monitoring of the development of the works, which will be collected at the end of the established deadline. At this stage, each artist will receive a prize in the amount of R $ 1,000 for the completed and delivered work.

In the third and final stage, ten of the fifty panels produced will be selected by the jury. On a date yet to be defined, Arte em Cores will promote two cultural events to close the project, open to the population, in Marabá (PA) and Açailândia (MA). In the two cities, the ten selected artists will participate in a new training activity and in a collective creation of urban art, which will result in a large panel. Each finalist will receive a prize of R$ 2.5 thousand.

The flagship of the project is urban art, of a popular nature, produced intentionally to interfere in external spaces of the city, on urban furniture. Urban art brings together several artistic expressions spread on the streets, such as graffiti, stencil, collage, among others. Its multiple effects can transform the lives of people and entire communities, redesign the face of cities, develop skills and talents and promote social inclusion.

Adapted for the period of social distance, the Art in Colors project is carried out by Vivas Cultura e Esporte, Ministry of Tourism and Special Secretariat for Culture, sponsored by Vale through the Federal Law for Cultural Incentive and partnership with the Centro Cultural Tatajuba 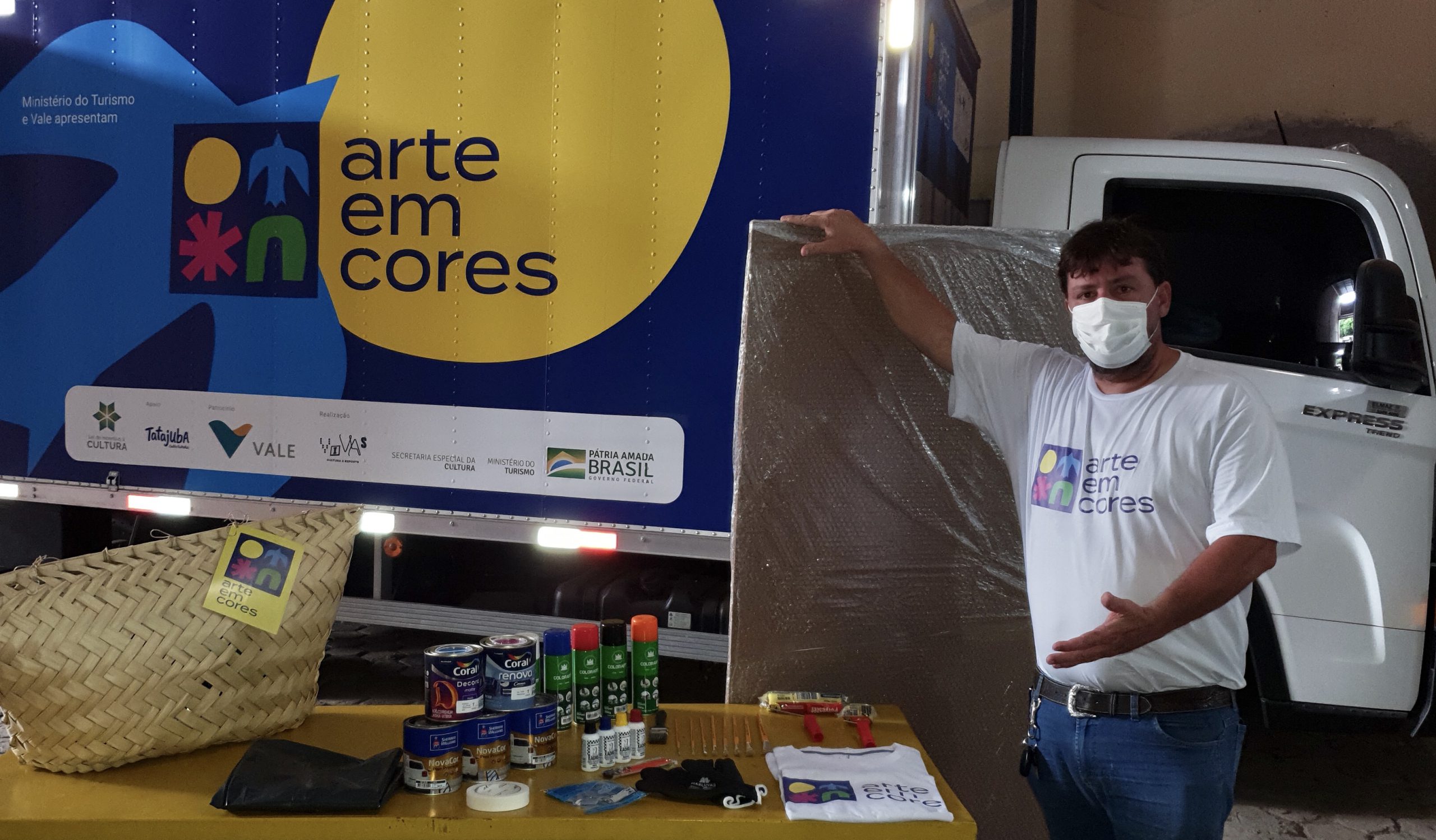